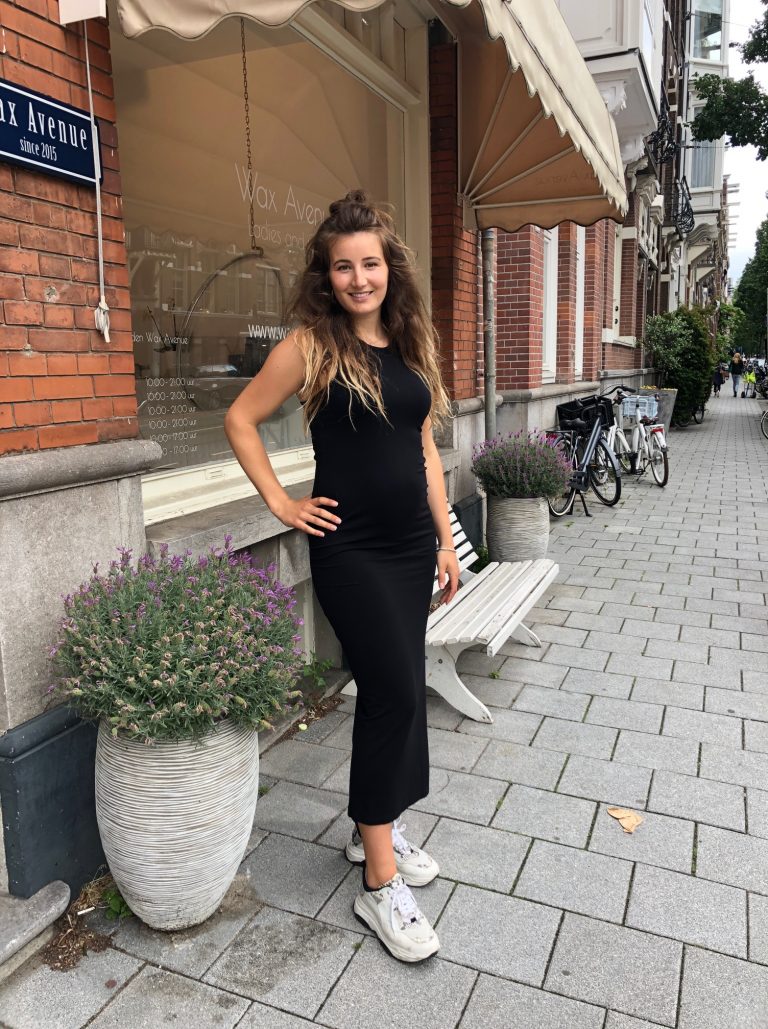 This edition tells Rivka about her pregnancy. Every month a different mommy-to-be tells her story. How does she experience her pregnancy, how does she prepare and does she have very strange or striking features?

Rivka stands radiant behind the counter of her own wax salon in Amsterdam South. “I’ve always wanted to be a mother. This is my biggest wish. My boyfriend and I met each other during my vacation in California, in a juice bar. We immediately chatted for a long time. There was a direct match. After five weeks I flew back to Santa Barbara, I had to figure out how things were between us. We spent ten days together, but from day one it went well. We then traveled back and forth for a year.”

“He came to Amsterdam last year, and we have been living together ever since. We have already told one of the first dates to each other that we both really want to be a parent some day. And this dream came true very quickly. I had surgery on my back in December, and I was pregnant immediately afterwards.”

Pink cloud
“When it turned out I was pregnant already, I really had to get used to it. People expect that you are immediately over the moon. Of course I was very happy, but the news really had to settle. If it is real then it is all very exciting of course. When you see the ultra sound, it really becomes that special again. Then you just see your baby with hands and feet already. I am now completely into the baby bubble.”

“We have known since week 14 that we will have a son. I was way too curious, my boyfriend also liked the surprise. It was confirmed again in 20 weeks. My boyfriend and sister were completely over the moon. I have three nieces and one nephew, so an extra boy in the family will be a lot of fun. I had no ailments at the beginning, not nauseous, nothing. Only very tired. So tired that I could lie down in the afternoon and immediately fell asleep.”

“I prefer giving birth in the bath at home. I want to follow a hypno birthing course and have requested natural maternity care. After the course I want to see how and with who I prefer to give birth. I am not afraid, my sister has four children and I was with her during labor. I am young and healthy. The name is still a challenge though. Of course we want a name that sounds good in both English and Dutch. Hopefully my friend suddenly comes up with the name! haha ”