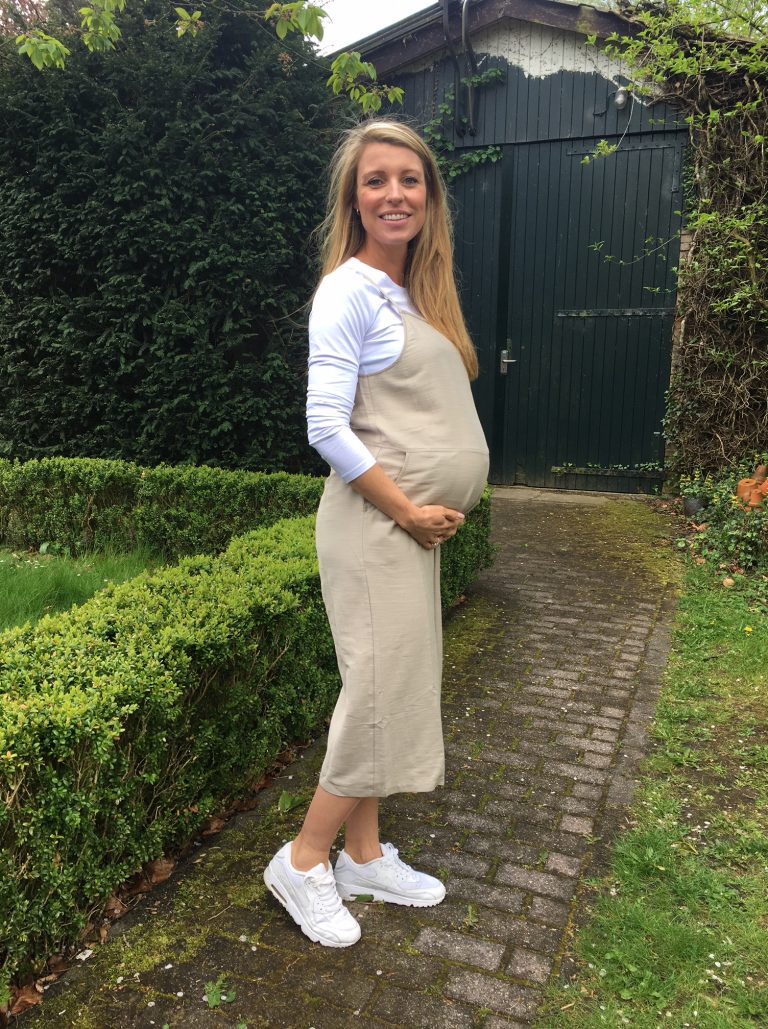 Sacha tells about her pregnancy in this edition. Every month, another mommy-to-be tells her story. How do you experience your pregnancy, how do you prepare for or do you have crazy or striking features?

“I am currently 37 weeks pregnant, I actually expect that he will come any time.” Roos had already been there for 36 weeks, and I also liked Jack 2 weeks earlier, so it can come today!”

“Getting pregnant went very quickly with us. We are the couple that, bizarre but true, can plan a pregnancy. We have a great luck with that of course. Again, we had the move and we decided to start trying after the summer, and I was pregnant right away.”

“A third pregnancy is different anyway. In the first you go into everything yourself, you celebrate every milestone. Also all people around you are involved. You get cards, phone calls, maternity visit. That is less after your first pregnancy, it becomes more normal. At Roos we had a maternity visit three times a day, at Jack one maternity party. No one will ever come this time! Haha. I feel very good with this pregnancy. I never had any complaints and I have always remained reasonably myself during all pregnancies. But with this one I feel very much, I want to hug you, I want to hold you. So curious to meet him. I’m also much more nesting. We are undergoing a huge renovation and I thought that all of them could be arranged during pregnancy. I have done almost nothing about it … ”

“We did the NIPT (test) for all three pregnancies. In the first one this was still in Belgium and you immediately know the gender. Nowadays it can also be in the Netherlands, but they do not immediately pass on the gender. In this pregnancy, we had an ultrasound performed at approximately 16 weeks. Then we knew we were getting a boy.”

“I have always thought that I am a real boy mother. My husband and I both come from a family with three children, we both have two brothers. I also automatically assumed that we would all get boys. When we first heard that it was a girl, I really had to switch. But now Roos is my best friend. It’s very cosy. And soon, like me, Roos will have two brothers.”

“We have traveled together for a longer time during each pregnancy. When I was pregnant off Roosmarijn, we drove a motorhome from Phoenix to Alaska in two months. Really great. In my pregnancy from Jack we would go to Curacao for two months, only Zika broke out. We changed the tickets and flew to Cape Town. Awesome. That pleased us so well that we have done so in this third pregnancy, only we have been traveling a month this time. It is very special and nice to be away with your family just as consciously.”

All names have a meaning

“I was asked to marry in the Bahamas six years ago, on the Isle of Man jack cay. I have always said we call our child to the island. Only then did the first become a girl. That was still quite a search for a cool fitting name. My husband came to Roos and eventually became Roosmarijn. She is also named after both grandmothers. When the second became a boy we could use the name of the island anyway; Jack. Now we really have to search, but we are out! And no, I do not give tips because then people recommend it again. He can be there any time, you will hear it fast enough!”