In this edition Eline tells all about her pregnancy. Every month, another mommy-to-be tells her story. How do you experience your pregnancy, how do you prepare and do you have crazy or striking features?

“Around the first anniversary of our daughter Saar, I became pregnant with our second baby. It was planned and desired, and it was a hit right away. I am very much aware that we are really blessed that it is this easy to go for us. In the beginning I did not realize that I was pregnant, because I had already done a test twice that was negative. So I thought there was something going on why my period didn’t start, and I made an appointment with the doctor. The morning I had to go to the doctor I was very nauseous. So my friend Tom said do another test, you’re just pregnant! With Saar, I also had a negative test in the beginning. So I did another test, and yes pregnant! Tom came into the room and then I showed the test. Positive! The reason I convinced myself that it was not so is that I did not suffer from my breasts at all. I do not have any sensitive breasts to this day. “

“I experience this second pregnancy so differently. I almost forget about it, oh yes, I have a belly. With the first everything is new and exciting, now I know something better what awaits me. And of course I am busy with the first one. At first nice shopping all the time, now at 30 weeks the room is not even finished. We also decided just yesterday a name, we found it so difficult for a boy. We just did not know the right name.”

“We still had a list of boy names from my first pregnancy. We took it, but we did not have the convincing feeling yet. Last week Saar fell and I had to go to the hospital with her. Tom was on holiday for a week. The doctors did some tests and we stayed for observation. We were shocked of course, but in the end everything was okay with her. We were waiting in the hospital with a boy in the room, an adolescent of 12 years old who had just left his surgery. What a nice guy, he was so sweet to Saar. And he had a very nice name. I was immediately convinced that this should be THE name. Tom was also immediately enthusiastic. So I think we have it now. Nice also that from such a hectic day yet something positive has come.”

“I got breakfast in bed and a gender reveal echo.”

“I asked for a gender reveal echo for Mother’s Day. Tom did not want that, he wanted to wait until the 20 weeks echo. But I really wanted to know so that’s why I asked for Mother’s Day, haha. I got breakfast in bed and a gender reveal echo. That was about 15 weeks. They saw it immediately. The sonographer had put the photo of the ultrasound in an envelope, and we have delivered the envelope to the baker. Cut that cake with all friends and family, and we all saw the blue filling.” 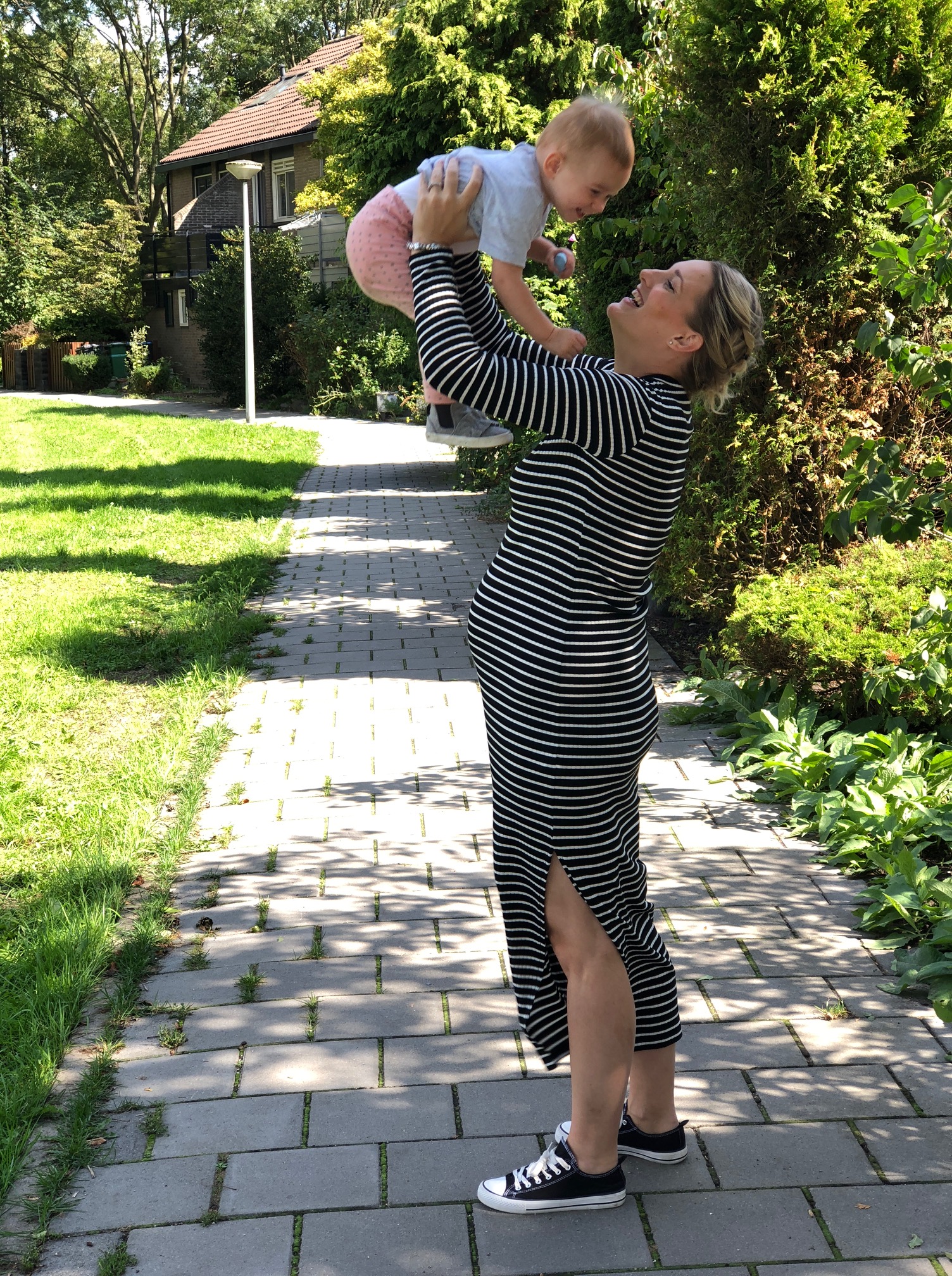